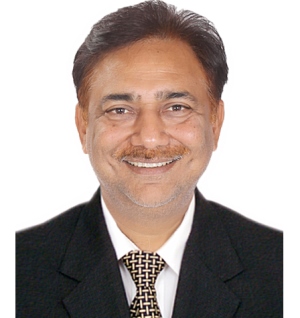 Shri Anil Kumar Jain is a member of the Indian Administrative Service of the Government of India (IAS/ Madhya Pradesh/1986). Shri Anil Kumar Jain holds a BA (Honours) in Economics, an MBA, and a Diploma from the Indian Institute of Foreign Trade. He has published a number of papers and articles on the energy sector, including a book on natural gas policy framework in India (OUP, Oxford). He has been a Visiting Senior Research Fellow at the Oxford Institute for Energy Studies, Oxford, UK.

Shri Jain has over three decades of administrative experience at the field and policy formulation levels in various Ministries/Departments in the state and central governments. Between 2003 and 2008, as Director and Joint Secretary in the Ministry of Petroleum and Natural Gas, he was closely involved with policy formulation and implementation on the upstream and downstream development of the gas sector in India, including on exploration, the award of acreages, and the pricing and distribution of natural gas. Shri Jain is presently Additional Secretary, Ministry of Environment, Forests & Climate Change, Government of India where he led the team towards preparation of the long term energy demand and supply projection tool – IESS, 2047 (www.indiaenergy.gov.in). Shri Jain is also leading the effort towards framing the new National Energy Policy of the country. Shri Anil Kumar Jain is serving as Part-time Director on the Board of NPCIL since 20th August 2015. He is also on the Board of BHAVINI, Public Sector Enterprise of DAE and GTNfW, a not-for-profit company.

All session by Anil Kumar Jain