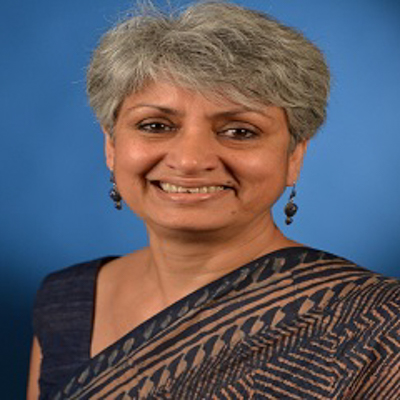 Dr. Yasmin Ali Haque is the UN Resident Coordinator a.i. and UNICEF Representative. Prior to joining in July 2017, she was Deputy Director of UNICEF’s Office of Emergency Operations where she played a lead role in the programming and policies for an effective UNICEF response for children in humanitarian crisis. Dr. Haque served as the first UNICEF Representative in South Sudan 2010 to 2013, and from 2007 to mid 2010 she led the UNICEF Ghana office. As Deputy Representative in Sri Lanka 2004-2007, she was responsible for guiding and coordinating the UNICEF programme of support as well as the emergency response to the 2004 Asian tsunami.

Dr. Haque first joined UNICEF in Bangladesh in 1996 as Project Officer for Health and Nutrition. During this tenure, Yasmin contributed significantly to national policy analysis and strategic planning for maternal health and maternal mortality reduction in context of the human rights based approach.

A national of Bangladesh, Dr. Haque holds a degree in Medicine and Surgery (MBBS) from Dhaka Medical College, Bangladesh (1985), and a Master’s of Science degree in Health Systems Management from London University (2002).

Opening Plenary: Welcome Remarks and State of the Sector