Founder and Executive Director at Inyenyeri 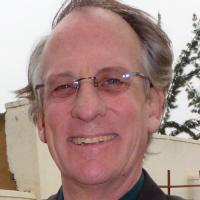 Founder and Executive Director at Inyenyeri

Eric Reynolds is founder and CEO of Inyenyeri, a social enterprise that sells biomass fuel pellets and distributes clean biomass-fueled cook stoves, seeking to eliminate death and disease attributed to toxic emissions from primitive fuels and cook stoves. A serial entrepreneur, Reynolds was previously founder of Nau, an eco-friendly outdoor clothing maker, from 2003 to 2006. He was start-up CEO and chairman of SweetWater, from 1993 until the outdoor business was sold to Cascade Designs in 1997. And he was co-founder, chairman, and CEO of the adventure clothing company Marmot, from 1974 to 1987. Reynolds sold everything to move to Rwanda and start Inyeneri in 2008.

All session by Eric Reynolds